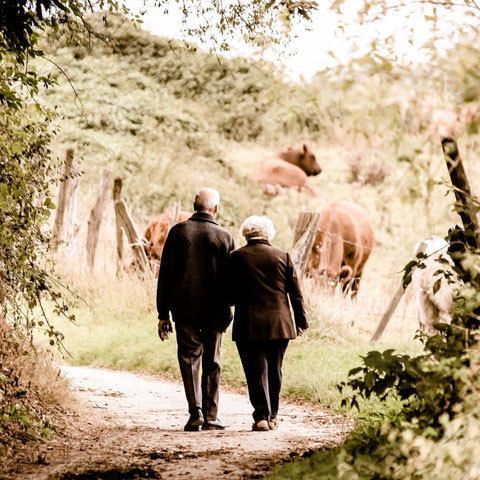 At the Johns Hopkins Center for Psychedelic and Consciousness Research in Baltimore, Maryland, scientists are studying the effects of psilocybin (a natural psychedelic found in some species of mushrooms) in people with depressed mood and a diagnosis of Early-Stage Alzheimer’s (AD) or Mild Cognitive Impairment (MCI). This work follows prior studies conducted a Johns Hopkins and elsewhere showing a single dose of psilocybin can lead to lasting reductions in depression in patients with a life-threatening cancer diagnosis. The results from this study were deeply significant to the field of psychedelic research and the potential use of psychedelics to treat depression.

The data revealed that a single dose of psilocybin had long-term anti-depressant effects. Six months following the psilocybin session:

These results were clinically significant by many measures, and while we are just at the early phase of understanding the full extent of the power of these compounds, the results were very promising! These results suggest that if psilocybin can help people with a life-threatening cancer diagnosis experience less anxiety and more optimism, it might possibly help others dealing with illness and mood-related issues. This led researchers to study psilocybin’s effects in those dealing with Early-Stage Alzheimer’s Disease or Mild Cognitive Impairment.

In 2020, a study was launched investigating the impact of two doses of psilocybin in people with depressed mood and a diagnosis of Early-Stage Alzheimer’s Disease (AD) or Mild Cognitive Impairment (MCI). The hope is that psilocybin can have similar anti-depressant effects in those with AD/MCI as it had on people with a life-threatening cancer diagnosis. Research shows that depression mediates the progression of Alzheimer’s Disease – meaning, patients with more pronounced depression symptoms tend to experience greater cognitive decline. It’s possible that an anti-depressant effect from psilocybin might also improve the day-to-day lives of those with AD/MCI and their caregivers.

Researchers at the Johns Hopkins Center for Psychedelic and Consciousness Research have been studying the use of psychedelics in a variety of different medical conditions since 2000, enrolling over 400 participants in various studies and safely conducting over 700 psilocybin sessions in that time. Johns Hopkins School of Medicine stands at the forefront of psychedelic research, investigating psilocybin’s effects in healthy participants, cancer patients, addicted cigarette smokers, and people with Major Depressive Disorder to name a few. These studies have shown promising results on the potential use of psilocybin as a medical treatment. Currently, the Johns Hopkins Center for Psychedelic and Consciousness Research is the largest psychedelic research organization in the country and among the world’s largest, with extensive experience running studies, building trust, and conducting psilocybin sessions.

Interested in Learning More?
Researchers at the Johns Hopkins Center for Psychedelic and Consciousness Research are currently enrolling people with depressed mood and an Early-stage Alzheimer’s Disease or Mild Cognitive Impairment diagnosis. The study is taking place at the Johns Hopkins Bayview Campus in Baltimore, MD and requires a combination of onsite and virtual visits for about 12 weeks, with follow up visits about 3 and 6 months after the study treatment. If you or a loved one are interested in learning more about this research, visit: https://hopkinspsychedelic.org/alzheimers or reach out to Bobby Gross at Rgross39@jh.edu.