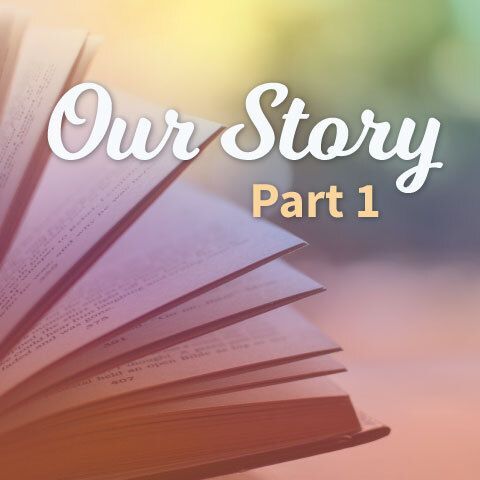 I am a gay woman in my late 70’s. My partner (spouse since 2013 - thank you Edith!) and I were together for over 40 years. About ten years ago, Marie (not her real name) began experiencing unusual events; first a broken leg, and then a car accident a year later. After that, things settled down for a while; or at least they seemed to. As it turned out, Marie was quite adept at hiding her memory issues; and I appeared to have missed what, to some of Marie’s friends, was obvious. She was becoming forgetful. If this description fits your situation, in your defense, I should also add what I am sure you already know; the journey toward dementia is a slow process. The changes on a day-to-day basis, are incremental. Consequently, what may seem obvious to a friend who hasn’t seen your loved one in a long time, have occurred slowly for you, and over time, have become a familiar part of your loved one’s personality. As a result, the changes in behavior are noticeable to others, but they are not always apparent to you. You may notice things from time-to-time, but you’re not certain they signal a problem, and the issues involved are usually rather small (e.g., a forgotten name).

Sometimes, however, the changes are not so small. For instance, Marie loved to play golf and usually was out on the links on weekends (both on Saturday and Sunday), and other times, as well (even in the winter!). After she broke her leg, she was in a walking cast and on crutches for many weeks. Obviously, she couldn’t play golf. I guess I just assumed that the leg was stiff from being immobile for so long, not to mention the discomfort of the rod and two dozen screws used to set it, and she would resume her golf games when her physical therapy sessions ended. However, when the leg healed and she no longer needed the crutches, she did not resume her golf games. In fact, sadly, she never played golf again or even mentioned the game. That, from someone with a 12 handicap, is a big change. I don’t know why I didn’t become alarmed by it, but, for some reason, I wasn’t, and I didn’t follow up on it. She seemed alright to me, and, as I mentioned earlier, she was very good at hiding what was going on.

Had I had more experience dealing with someone with dementia, of whatever kind, I think I would have approached this event differently. Thinking back on it, when faced with a dilemma, most of us don’t reach for the worst option first, and, perhaps there is a big part of us that doesn’t want to know the truth. After all, kicking the can down the road means that nothing has to change, at least for now. But with dementia, ignoring even small issues, either willfully or otherwise, isn’t a very good idea, and is only a temporary solution.

When many people think about dementia, they see it as someone becoming forgetful. In addition to forgetting recent events, however, there are also other elements at work, one of which is the decision-making process. For instance, rather than treating Marie’s broken leg as just the result of an unfortunate fall (something that could happen to anyone), what I needed to do was to look at why/how it happened. Marie saw that a limb from a tree had broken in a recent storm and was hanging from the tree in such a way that she couldn’t mow under it. So, she decided to remove the limb. To do so, she drove the lawn tractor under the tree, stood on the seat, reached up and grabbed the offending branch, and proceeded to saw it off just above the area where she was holding onto it. If you didn’t know the end of this story, you would be concerned as to what would happen when she cut through the branch. Yes, she fell and broke one of her legs. But, for some reason, Marie didn’t consider that. The reason may have been a signal of the onset of dementia.

No one who heard about the circumstances of Marie’s broken leg asked why she would have done what she did. As a result, she was not tested, and we lost an opportunity to potentially learn what was going on at an early stage of the disease. On the other hand, she may have simply been in a hurry and didn’t think it through. That is one of the things that makes this disease so difficult to deal with. And, remember, the person experiencing the onset of this disease may be doing everything they can to hide it.

Unfortunately, dementia doesn’t get better and it doesn’t go away. There will inevitably be additional events for you to ponder. For Marie and me that occurred the following year. I left work a little late one evening and arrived home around 7:00 pm. Marie wasn’t home yet, so I walked and fed our dogs and began to make dinner for us. Around 7:30 pm, the phone rang. It was a neighbor calling to tell me that Marie had been in an accident a short distance from our development. I rushed to the site of the crash, just as she was being placed in an ambulance to be transported to a hospital. Twenty minutes later, after securing the house and the dogs, I followed and joined her in the emergency room waiting area.

Although this had been very nearly a head-on crash, fortunately neither Marie nor the other driver had sustained any serious injuries (she had a few broken ribs and he had a broken leg). The police charged Marie with an improper left-hand turn and the other driver with driving under the influence. Knowing Marie to be a super safe driver, I was certain that the accident was the other driver’s fault and was convinced that he had forgotten to turn on his lights after leaving his favorite watering hole. It made sense. It was Fall, a time when darkness arrived a bit earlier. As a result, I reasoned, she made her turn when she did because she didn’t see him coming. Just what or who was the cause of the accident will never be known for sure, but I still think about it from time-to-time. When the accident occurred, however, Marie wasn’t showing any obvious signs of dementia, so I, and others, just chalked up the accident to one of those things that happens to many of us at one time or another.

For me, the early stages of the disease were among the most challenging. It was like trying to swat a fly, and the fly always seemed to be a step ahead of me, anticipating my every move. At some point, however, when dementia is present, that dance stops and you learn the feared, but inevitable, truth.

I will talk about Marie’s diagnosis and its immediate aftermath in Part #2.

About this Story
This is the first part of our story intended to reach out to members of the LGBTQ community of Washington, DC and its suburbs. We want you to know that you are not alone, and that you and your loved ones are welcome here at Insight.