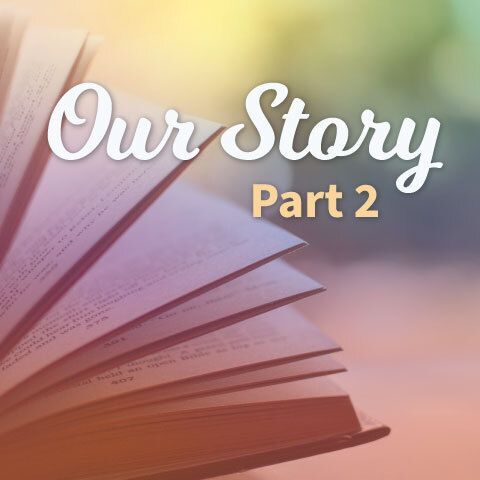 Those of you who read Part One may have noticed that there was no mention of any LGBTQ issues. The reason was that during the early, uncertain stages of the disease, including the five years following Marie’s car accident, everything seemed to me to be normal. Marie was still working, driving her car, and periodically seeing her regular primary care physician. So, at that time, there appeared to be no need for me to be involved.

But, as time went on and the disease progressed, things started to happen that made it clear that something wasn’t quite right. For instance, there was the day I returned from work to find that Marie had decided to have dinner ready when I got home. When I opened the door from the garage, I smelled something strange, but couldn’t identify just what it was. As I entered the kitchen, Marie was standing next to the wall oven, proudly announcing that she had dinner all ready for me, and opened the door to the upper oven so I could see the chicken that she had baked. As I looked at the chicken, I noticed that it seemed rather raw and then realized that the smell I detected upon entering the house was that of the plastic oven utensils that we kept in the seldom used lower oven, which she had inadvertently turned on instead of the upper oven.

Then, there was the Saturday that I received a call from Marie from her beautician’s salon telling me that there was something wrong with her car and she couldn’t drive it home. When I arrived at the salon, she met me in the parking lot and took me over to her car. Somehow, she had turned off the car while it was still in gear (don’t know how she managed that) and the key was still in the ignition. Once I managed to get the gear into Park, we were able to turn on the engine and she could drive it home (with me following closely behind).

These adventures didn’t happen every day (thank God!), but they were beginning to occur often enough to convince me that the time had come to seek the advice of a doctor. It was then that issues related to our lifestyle began. Upon my next visit with my doctor, I disclosed my lifestyle, told her what was going on with Marie, and inquired as to whether she was accepting new patients. When she indicated that she was, I promptly set up an appointment for Marie.

At that time, Marie was working only three days a week, so I suggested to her that she might consider switching from her doctor (whose office was near Marie’s work location 30 miles away from our home) to my doctor, whose office was only seven miles away. She agreed.

I have to admit, that disclosing my lifestyle was not easy for me. After all, I grew up during the 1950s, a time when nearly every gay person was closeted, and homosexuality was referred to as “the love that dare not speak its name.”*  To fully understand the impact of all of this on me as a gay person, you should be aware that I did not come out either to myself or to members of the gay community until I was in my mid-30s, and I always kept my private life and my public life separate. But this was not about me. There were things I needed to do to take care of Marie appropriately.

One was to have general and medical Powers of Attorney to act on Marie’s behalf (and, while you are getting those documents in order, it also makes sense to make sure your wills are up-to-date) and another was that I needed to disclose my life-style and our relationship to members of the medical community; first to my doctor, then to the neurologist to whom Marie was referred. I am pleased to say that in both cases, we were treated cordially, professionally, and with respect by both of the physicians and by their respective staffs.

On the day of Marie’s appointment with the neurologist, she was strangely aloof, and I was very nervous. After all, this was the day of truth, the day when we would learn, or at least begin to learn, just what was going on with Marie. When the time of Marie’s appointment arrived, we were ushered into an examination room, and after greeting us, the doctor asked Marie a few questions, gave her three words to remember, tested her reflexes, and walked her down the hall and back. She then asked Marie to repeat the three words she mentioned earlier. Marie was not able to give her back even one of them. After these preliminary tests, the doctor told Marie that she had dementia, and then said, “Alzheimer’s Disease, more likely than not.”

This diagnosis was rendered about five years following Marie’s car accident. At the beginning of that time, we had been wondering if there was something going on, and at the end of it we were wondering just what was going on. Despite the time frame and all of the wondering, thinking, and reading about the possibilities, the diagnosis was still a shock. Essentially, we knew that something was wrong, and just what was wrong now had a name. With the diagnosis, however, we no longer had the hope of the possibility that nothing was wrong or that it was something that could somehow be fixed. It’s a devastating diagnosis. As I mentioned in Part One, dementia does not get better, and it does not go away. There are a few medications that help in the early stages of the disease, but Marie was past the early stages at this point. Despite that, the neurologist gave Marie prescriptions for two of the medications, just in case they might be of help. Needless to say, our ride home from that appointment was not a happy one. We both knew that we were about to embark upon a journey that neither one of us wanted or was prepared for.

In Part Three I will talk about getting connected to the caregiving community.

* From the poem Two Loves, written in September 1892 by Lord Alfred Douglas, and published in the Oxford magazine, The Chameleon, in December 1894

About this Story
This is the second part of our story intended to reach out to members of the LGBTQ community of Washington, DC and its suburbs. We want you to know that you are not alone, and that you and your loved ones are welcome here at Insight.