Dementia Overview: A Nurse Practitioner Answers Your Most Common Questions 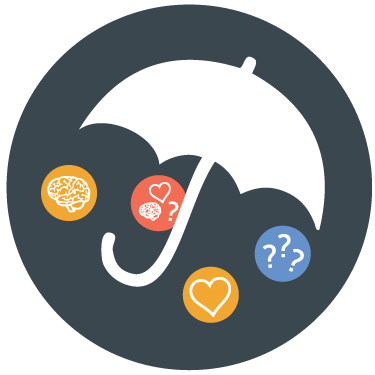 I’m delighted that Insight invited me to blog about dementia. I’m a Nurse Practitioner with 18 years of experience caring for people with dementia. My specialty is research, or more specifically, clinical trial research aimed at the discovery of new treatments and prevention of Alzheimer’s disease (AD). Here are some of the most common questions I’m asked about dementia:

What is the difference between Alzheimer’s disease and dementia?

This is the most common question I am asked, and it is an important question because understanding the difference between Alzheimer’s disease and other dementias is central to providing care for an individual with dementia. The distinction is equally important in research because the more that is understood about how various forms of dementia differ and how they relate, the more rapidly new treatments will be discovered.

Dementia is an umbrella term that incorporates a constellation of problems or, clinically speaking, diagnoses. Though the term dementia is not a diagnosis, it does have three specific qualifiers. Dementia is neurodegenerative, progressive, and has led to functional decline or a person’s not being able to do something they were once able to do. Neurodegeneration is a progressive loss of structure or function of neurons.

Alzheimer’s disease is the most common form of dementia followed by vascular dementia and mixed dementia (more than one form). Other less common forms of dementia include frontotemporal dementia (FTD) and lewy body dementia (LBD). The clinical symptoms and biologic features of various forms of dementia often overlap which can make accurate diagnosis difficult. To further complicate things, many people have more than one form of dementia or mixed dementia. Though it remains true that a definitive dementia diagnosis can only be made through autopsy and examination of brain tissue, clinicians can be quite accurate in making a dementia diagnosis by taking a careful history and conducting a thorough evaluation.

At this point, I’ve answered the question, “What is the difference between Alzheimer’s disease and dementia?” However, as is the nature of science and research, important questions always generate more important questions. This leads to the second most commonly asked question I hear:

How do you know I have Alzheimer's disease?

Now, what about risk factors? Cardiovascular conditions including high blood pressure and hypertension are risk factors for both Alzheimer’s disease and vascular dementia. If a patient has heart disease, I’ll know the individual is at risk for Alzheimer’s disease and vascular dementia. Managing and treating the patient’s heart disease will help to protect his or her memory. Simply put, heart health is brain health. I’ll want to be sure that a patient’s cardiovascular conditions are being treated and managed effectively which is equally important in all forms of dementia.

Next, I’ll order blood tests including B12 and thyroid to be sure that I’m not missing something that may be contributing to or causing dementia. This step is especially important because I don’t want to miss diagnosing something that may be treatable or reversible. As part of my work up of a patient with suspected dementia and to help me be sure that I’ve ruled out other conditions that could be contributing to changes in a patient’s memory or thinking, I’ll order brain imaging such as an MRI or CT scan next.

A brain MRI will provide a picture of the brain that tells me about the brain’s structure. In clinical care, an MRI helps to distinguish between dementias because dementia may or may not be caused by or result in structural changes in the brain. If I see evidence of a prior stroke on MRI or CT imaging, it will raise my suspicion for vascular dementia significantly. If the MRI picture reveals atrophy, the clinical term for shrinkage, I may consider it to be a normal finding associated with aging. Unfortunately, our brains begin to shrink shortly after reaching full development in our 20’s. A normal MRI of a patient over the age of 50 is likely to reveal some atrophy. It will be important to know the location and extent of the brain atrophy. If atrophy of the hippocampus exists, which is a region of the brain central to memory, I’ll be more likely to suspect Alzheimer’s disease rather than vascular dementia. But, since, I haven’t examined this patient, I’m not ready to make a diagnosis.

People with vascular dementia are more likely than people with Alzheimer’s disease to have focal symptoms or deficits Focal findings are impairments that affect a specific region of the body. Examples of focal findings found on physical examination may include weakness or numbness on one side of the body or speech and language changes. Again, making an accurate diagnosis can be tricky because both vascular dementia and Alzheimer’s disease can cause speech or language changes. Remember, Alzheimer’s progression is gradual while progression in vascular dementia is stepwise. I’ll need to ask the patient and their caregiver if the speech changes reported by history and noticed on physical exam have occurred suddenly, in a stepwise fashion, or have gradually worsened over time.

I’ve taken a careful history, ruled out reversible causes of dementia, tested biomarkers, and examined my patient. I’m ready to make a diagnosis but I haven’t gotten to the third most common question I’m asked which is:

Are there medications or treatments that can stop my dementia, from progressing?

Sadly, and despite its prevalence, Alzheimer’s disease cannot be slowed, cured, or prevented. Cholinesterase inhibitors including donepezil, rivastigmine, and galantamine, may help to alleviate the symptoms of Alzheimer’s disease but have not been proven effective for treatment of and are not FDA approved for use in vascular dementia.

Treatment of dementia will have to be a topic for another blog. Thank you for reading this blog to the end. It’s my first blog and I hope you’ve learned something new.

Thanks also to my patients, their caregivers, and families who inspire me continuously. And thanks especially to all who have volunteered to participate in dementia related research. The discovery of new treatments and prevention of Alzheimer’s disease will not be possible without research volunteers.