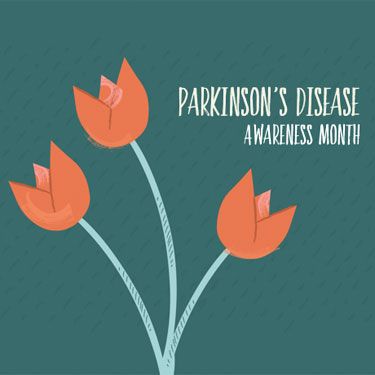 Do you know someone with Parkinson’s? I’m always amazed by how many people not only know someone, but know someone in their family. By that I mean a spouse, parent, grand-parent or other close relative. According to the Parkinson’s Foundation, “Nearly one million will be living with Parkinson's disease (PD) in the U.S. by 2020 . . .” (https://www.parkinson.org/Understanding-Parkinsons/Statistics)

Over two hundred years ago, Dr. James Parkinson described the symptoms of Parkinson’s in his Essay on the Shaking Palsy. Even now, despite Parkinson’s being considered the second most common neurological disease after Alzheimer’s, we’re still not entirely sure about the cause, it is still difficult to identify and treat, and there is still no cure.

A simple description of Parkinson’s is that it is a movement disorder caused by a decrease in dopamine production in the brain.

Perhaps the most common symptom people are familiar with is tremor, but there are other conditions, unrelated to Parkinson’s, that also feature tremor as a symptom. Rigidity and bradykinesia (slowness of movement) are two other motor symptoms that are commonly associated with Parkinson’s. By the time patients experience these motor symptoms, 60% - 80% of dopamine cells in the brain are already lost.

People with Parkinson’s also experience non-motors symptoms that they may present many years prior to being diagnosed. The more common of these are constipation, the loss of the sense of smell, and talking in their sleep or acting out their dreams.

The hardest part of understanding and living with Parkinson’s is how different it is for everyone, and how unpredictable it can be. For people who are newly diagnosed it can be particularly frustrating to determine what their life will look like from that point on.

Because 60% of Parkinson patients may also experience depression, it may be helpful to remember that depression can masquerade as dementia.

Author
Sonia Gow is the Program and Community Care Manager for the Inova Parkinson’s and Movement Disorders Center (www.inova.org/move)